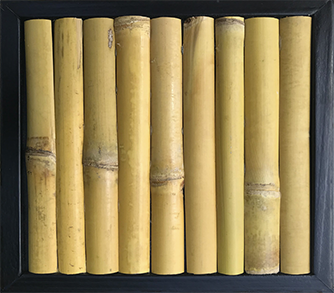 BAMBOO is the first album in the MADe IN series, about composer Pierre Estève’s research on sound materials that also illustrate his passion for the most unexpected musical combinations in a surprising and captivating mix of sounds and cultures. The music composed exclusively with bamboo instruments from all around the world, opens the door to a new audio experience.

Pierre Estève, in his reinterpretation of traditional instruments, opens the door to a new sonic alchemy. He talks about sound materials, the natural sounds he produces, listens to the temperaments, scales, the modes of instrument’s origin, but immediately forgets them to produce his own music on the margins of any usual nomenclature, without philosophical, psychological, religious depths, nor oriental, nor Western , he is an ethnic group in itself, a tradition without past.

Believing in the world, but not practicing particularisms, he goes on the materials of the world with velvet touches…