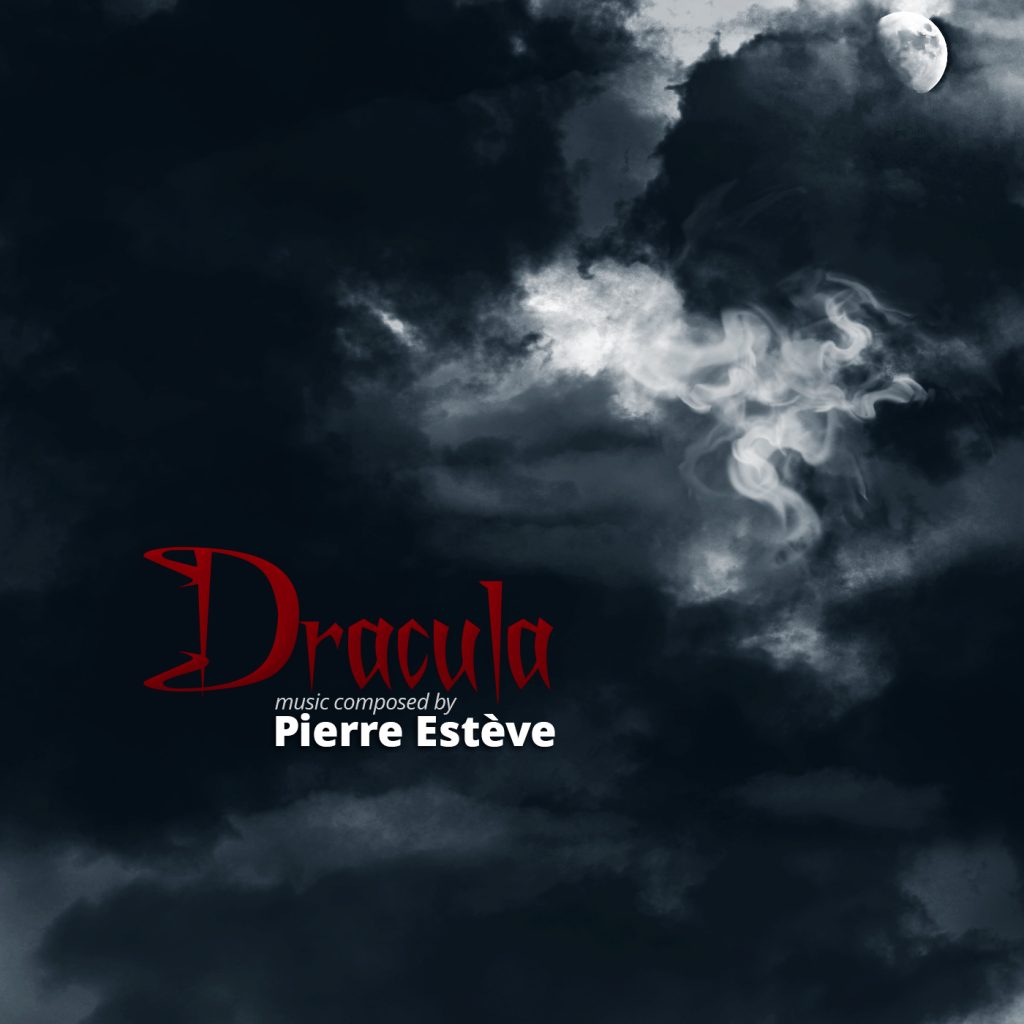 The score, resolutely modern and original, takes the opposite of the musical treatment usually reserved for Count Dracula. Prepared electric guitars are played with knives and other incongruous objects to get squeaks, larsens and parasitic vibrations.

Drones, analog pedals and electroacoustic treatments add their grating rumblings to the voices and acoustic instruments of the world played in a devious way by Pierre Estève: Nyckelharpa, doudouk, lithophones, flutes etc.

Dracula’s B.O. takes you into the dark and mysterious world of the famous vampire. The album contains incredibly intense and captivating themes for a very enigmatic atmosphere where the musical writing recreates the gothic and romantic essence of Bram Stoker’s character.

The raw sound material is then reworked, sorted, sometimes tortured to the point of transfiguration…

At the end, with this Dracula’s album , it is indeed an updated reading of the myth proposed by Pierre Estève.

With its 20 tracks and 1 hour of music, succumb to the eternal myth of Dracula.